Since 2013, thousands of companies have pledged their support to the armed forces community in the UK by signing the covenant and pledging to eliminate disadvantages in the workplace for veterans and service people.

Expleo is a long-time champion of hiring ex-forces personnel, actively recruiting talented veterans in recognition of the valuable experience and skills they bring.

By signing the Armed Forces Covenant, Expleo is making clear its intention to provide even greater support to this population by improving its ways of working and policies over time – for existing employees and job candidates.

Expleo has committed to several actions as part of signing the covenant, which include:

Jeff Hoyle, MD Expleo UK and EVP Aero, Space and Defence, said: “Each year, we welcome dozens of ex-forces personnel to the team, many of whom are taking their first steps into the corporate world with us. They all bring immense talent and experience with them, which is greatly valued at Expleo.”

Jonathan Taylor, VP of Marine, Expleo, said: “By signing the Armed Forces Covenant we’re placing increased focus on making Expleo a great place to work for ex-forces personnel. A place where their talents are recognised, their skills developed, and the employee experience shaped to fit their needs.”

Expleo employee, Ron Evans, was recently acknowledged in the British Ex-Forces in Business Awards in the ‘Service Leader of the Year’ category. Evans, who works at the company’s Preston office, might have missed out on the win but is dedicated to raising awareness of the importance of supporting ex-service people.

He said: “There are thousands of people like me who leave the British armed forces each year, who offer employers a fantastic opportunity to tap into some highly trained talent. However, establishing a meaningful second career can be a challenge, with few visible role models and some employers still reluctant to employ a veteran.

“It’s through high-profile events like the British Ex-Forces in Business Awards and the positive influence of the Armed Forces Covenant that we’re seeing some real change.”

Ron joined Expleo in 2014, progressing through roles in Project Management, Operations and Business Management, before being promoted to Head of Business, Marine.

He added: “I’m extremely proud to work for a company that has signed up to the Armed Forces Covenant and is showing its support for veterans, reservists and their families.”

Commodore Phil Waterhouse, ADC RN, said: “The Armed Forces Covenant is a public declaration of active support for those that serve, and I am delighted to be a signatory to Expleo’s new covenant.

“Companies signing the covenant and joining the Employer Recognition Scheme recognise the value of supporting the Armed Forces, not just from a commercial or community perspective, but also because they see the valuable contribution of veterans, reservists and cadets to their business.

“On behalf of the Armed Forces and the Ministry of Defence, I would like to thank Expleo for their partnership.”

Can't find what you're looking for?

Expleo to exhibit at Aero India 2023 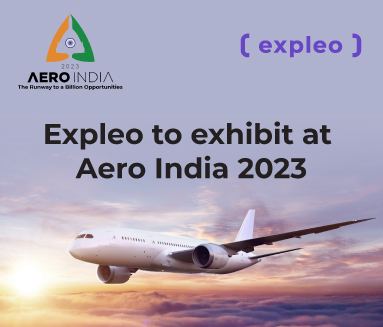 Expleo to exhibit at Aero India 2023

View more insights
let's talk
close
We use cookies in order to optimise the site, improve it continuously and to give you the best experience.
If you continue to use this site or click the "Reject" button, you reject to non-essential cookies. For further information:
Privacy policy
Cookie Settings
AcceptReject
Manage consent

This website uses cookies to improve your experience while you navigate through the website. Out of these cookies, the cookies that are categorized as necessary are stored on your browser as they are essential for the working of basic functionalities of the website. We also use third-party cookies that help us analyze and understand how you use this website. These cookies will be stored in your browser only with your consent. You also have the option to opt-out of these cookies. But opting out of some of these cookies may have an effect on your browsing experience.
Cookies for technical optimization Always Enabled
These cookies are necessary for the website to function correctly. They are usually only set in response to actions made by you. You can set your browser to block or alert you about these cookies, but some parts of the site will not then work. These cookies do not store any personally identifiable information.
Other Cookies
These cookies enable the website to provide enhanced functionality and personalisation. They may be set by us or by third-party providers whose services we have added to our pages. These cookies also allow us to count visits and traffic sources, so we can measure and improve the performance of our site. They help us know which pages are the most and least popular and see how visitors move around the site. All information these cookies collect is aggregated and therefore anonymous. If you do not allow these cookies, we will not know when you have visited our site.
Save & Accept